Humic and fulvic acids can increase nutrient uptake in plants

Why humic acid and fulvic acid become more and more important in modern agriculture? One directly reason is that without humic acids present, some of the nutrients provided by fertilizers become inaccessible to plants, so money is lost and plant health suffers.

The most prominent and well-known benefit of humic and fulvic acids are how they increase nutrient uptake in plants. This is why they make such an excellent soil amendment, and it’s why they pair so wonderfully with fertilizers. Thus, humic acids are vital for both the health of plants and for growers’ economic well-being. 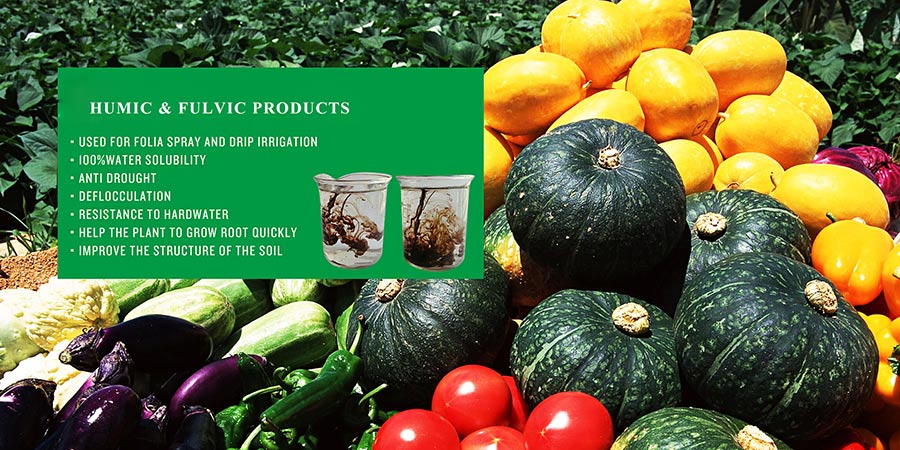 There are two ways by which humic acids increase nutrient uptake—through foliar and soil applications.

Humic acids make nutrients more available in soil that might not otherwise be available. How exactly? It starts with the organic composition of the acids. Humic acids are naturally oxidized, which gives them a net negative charge. Thus, positive ions, also known as “cations”, are attracted to these big molecules and bind to them. This “cation exchange capacity” is a unique and highly beneficial feature of humic acids. And many of the nutrients that plants need—such as Magnesium, Calcium, Iron, and other trace minerals—are positively charged. So in the presence of humic acids, these nutrients unlock from the soil and bind to humic acids. Then they can then be transferred next to the root system of the plant.

The root systems are also negatively charged, at a stronger negative charge than the humic acid. So the positive ions bound to the humic acid release for uptake into the plant. Without this vital system, many nutrients would remain locked in soil and unavailable to plants they’re meant to fertilize.